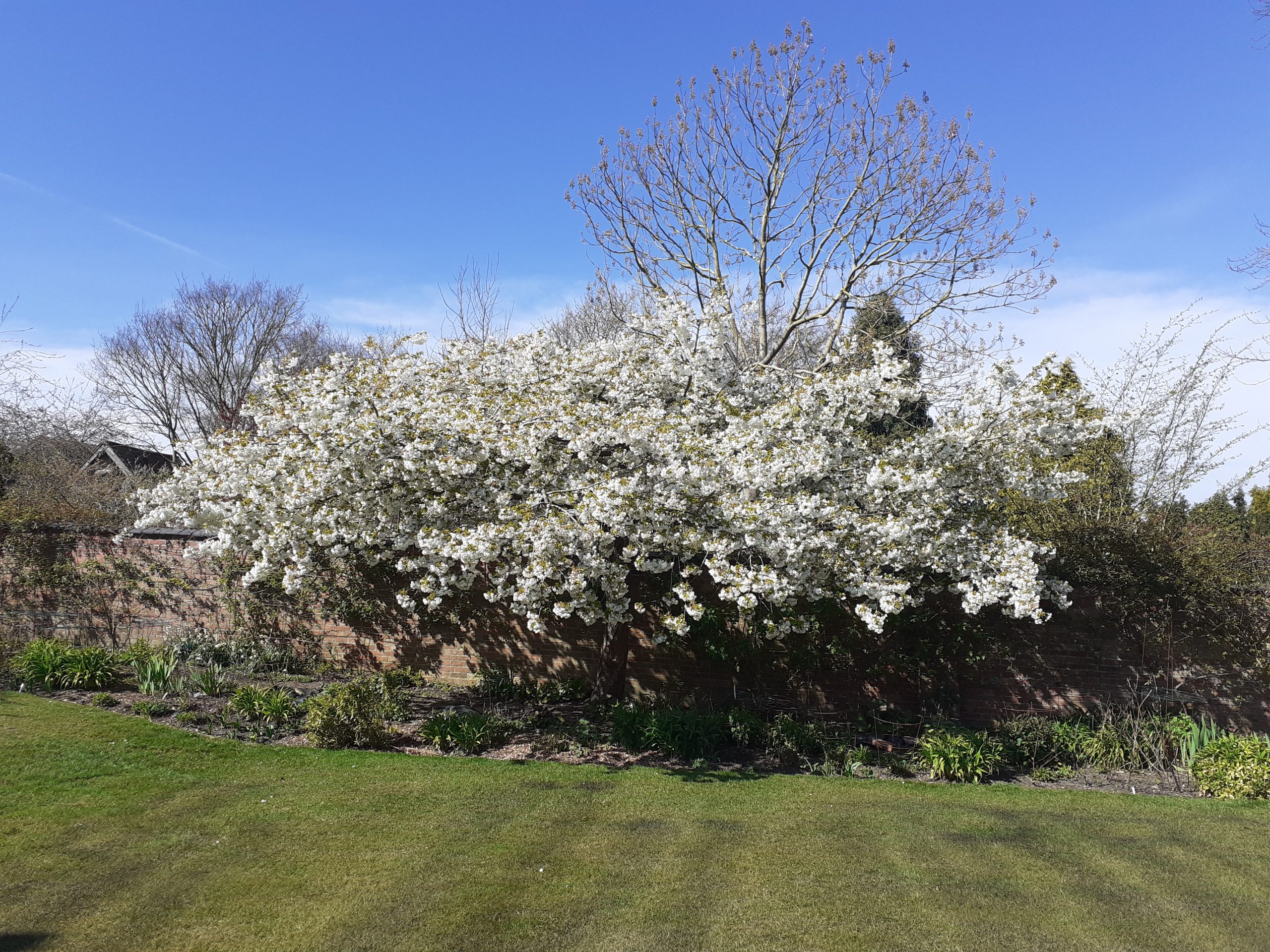 Silence has not meant inactivity.  We have been very busy in the garden and have had a Spring and early Summer of almost unimpaired and very beautiful blossom.  The only plants to have suffered were some of the earlier magnolias which were caught by the very aggressive east wind we had over one weekend.  It has probably killed two young trees and set others back but it did not affect the cherries, malus and later magnolias.  We attach some photographs taken at Easter with an Easter message I meant to post then but here it comes a couple of months later, and with it, what we might call a Whitsun message with roses, irises, early cistus and peonies.  The tree peonies have been exceptional and the more tender cistus, Ladanifer and Aguilarii, covered with their large white and purple-centred flowers.

The days when the garden should have been opened for the NGS were full of colour and scent and we only regret that you were not able to join us if you had planned to do so.  As I write this now on the 11th June, the earlier roses are going over but have again been spectacular.  We will put more photographs up as the weeks go by in the hope that they will tempt you to visit us next year.

Meanwhile we hope all our visitors and friends are staying safe in this very difficult period and that we will be able to ‘meet again’ next year.